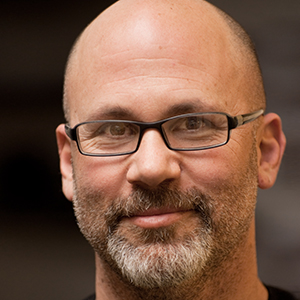 Dr. Fisher is Philip H. Knight Chair and Professor of Psychology. His research focuses on developing and evaluating early childhood interventions in socially and economically marginalized communities, and on translating scientific knowledge regarding healthy development under conditions of adversity for use in social policy and programs. His lab is currently focusing primarily on studies involving the FIND video coaching intervention that he developed with colleagues. Dr. Fisher is particularly interested in the effects of early stressful experiences on children's neurobiological and psychological development, and in prevention and treatment programs for improving maltreated children's functioning in areas such as attachment to caregivers, relationships with peers, and functioning in school. He is also interested in the brain's plasticity in the context of therapeutic interventions. Dr. Fisher is the director of the UO Center for Translational Neuroscience. His laboratory, the Stress Neurobiology and Prevention (SNAP) lab, includes graduate students, post-doctoral fellows, and other researchers with similar interests. Dr. Fisher also directs the Translational Science Initiative and is the Science Director for the National Forum on Early Childhood Policy and Programs, both based at Harvard University's Center on the Developing Child. He is Co-Principal Investigator, with Patti Chamberlain, on the NIDA-funded Translational Drug Abuse Prevention (TDAP) Center, working to increase understanding of the effects of early adversity and risk in decision-making and behavior on policy and practice in child welfare systems.  Dr. Fisher is the recipient of the 2012 Society for Prevention Research Translational Science Award.  He obtained his Ph.D. from the University of Oregon in 1993.

Dr. Fisher will not be accepting new graduate students for Fall 2022.

Fisher, P.A. (2016). Translational neuroscience as a tool for intervention development in the context of high-adversity families. New directions for child and adolescent development, 153, 111-125. NIHMSID851327

*Delker, B.C., Hyoun, K.K., Fisher, P.A. (2015). Maternal problem drinking in the year prior to a child's birth among women at risk for child maltreatment: The role of maternal abuse history. Journal of Studies on Alcohol and Drugs, 75, 973-981. (PubMed Central - in progress)