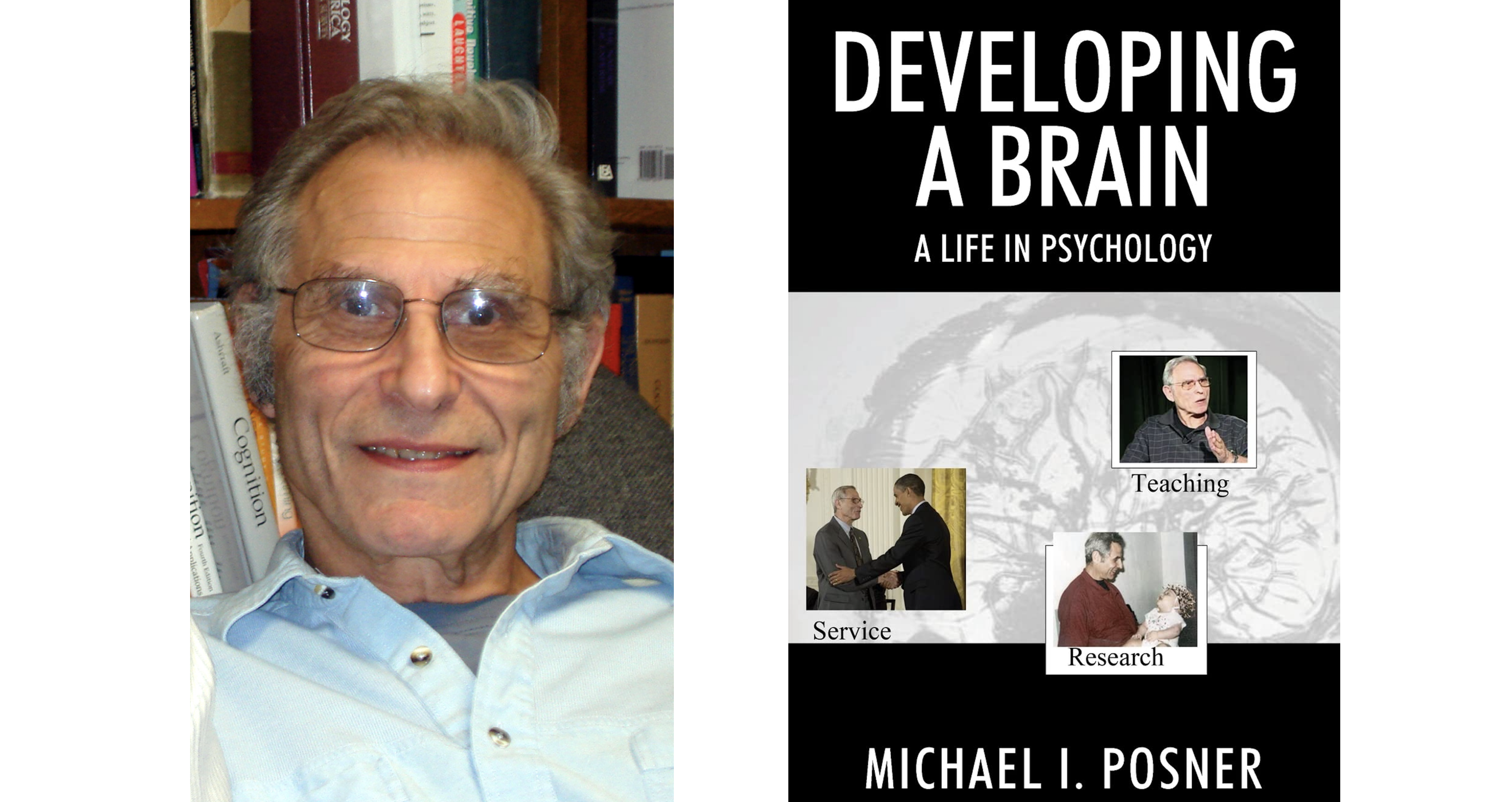 Read about how professor emerit, Dr. Mike Posner, helped found the fields of cognitive science and neuroscience in his recent memoir Developing a Brain: A Life in Psychology. Dr. Posner is the founder & coordinator of the Brain, Biology and Machine Initiative here at UO and one of the 100 most eminent psychologists of the 20th century, according to an article by the American Psychological Association.

He was inspired to write a book by his two daughters-in-law, who were curious about what he had been up in the 60+ years he had worked in psychology. The first four chapters of the book describe his experiences in the various locations in which he has worked and studied: 1) his early years completing his undergrad and Master’s in Seattle; 2) his PhD program in Ann Arbor, Michigan; 3) his first job in Wisconsin; and 4) his work in Eugene, settling into a lab and early curricular development with Sheldon Cohen. After these four chapters he moves on to discuss some of the big changes he has been involved with in psychology, including the emergence of cognitive neuroscience. The ways that these two fields illuminate each other is at the center of this memoir.

One of the important developments that Dr. Posner describes  in his book is the start of imaging. Prior to the study that he was involved with, brain imaging was much more invasive. So when Dr. Posner went to St. Louis to help with a project testing out a new method of brain imaging, positron emission tomography or PET, it was with the hopes that they could identify the parts of the brain involved with language and provide an alternative to invasive imaging procedures. The results were startling simple and had an impact not only on psychology, but even on people’s personal life. Actually seeing activity happen in your brain will give you a new perspective!

Anyone wanting to read Dr. Posner’s first-hand account of these revolutionary shifts can find his memoir on Amazon. You can get it on kindle for $2.99 or for free with kindle unlimited and you can get it in paperback for about $22. Dr. Posner describes his current projects in the book, but if you’re interested in live updates on his work with the neurons of mice, check out his blog.